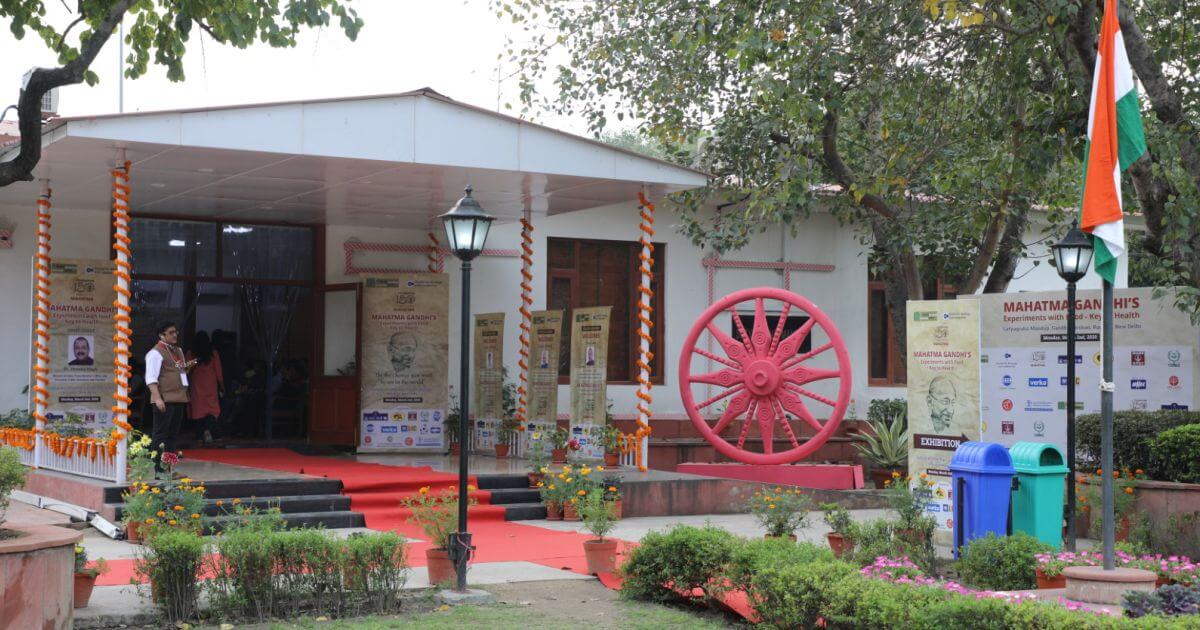 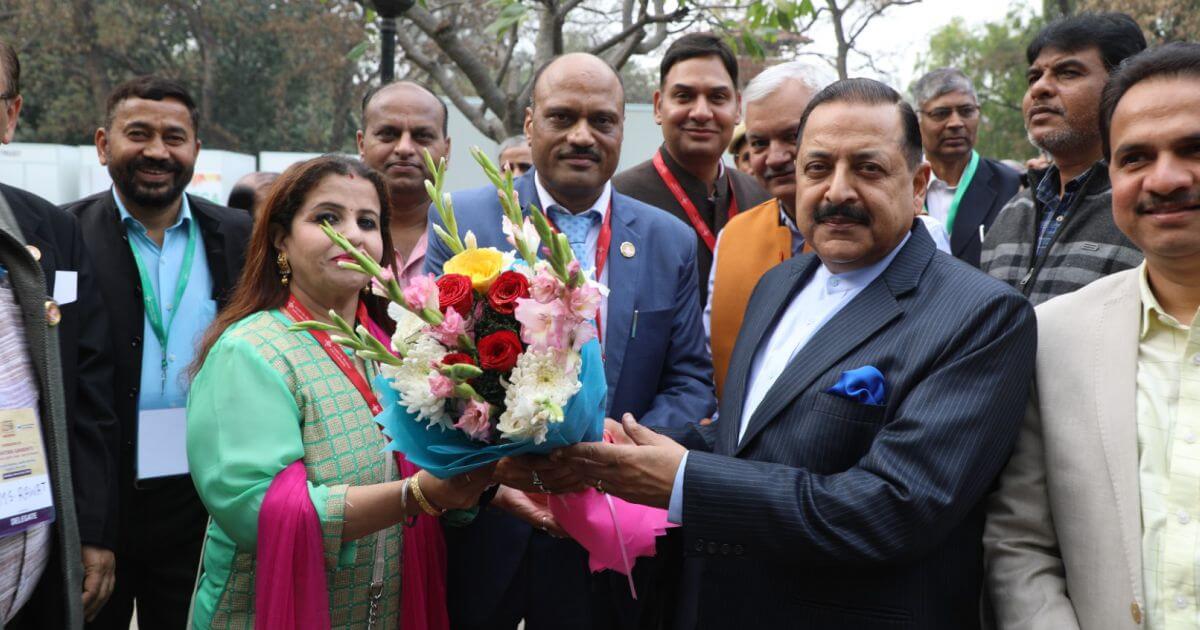 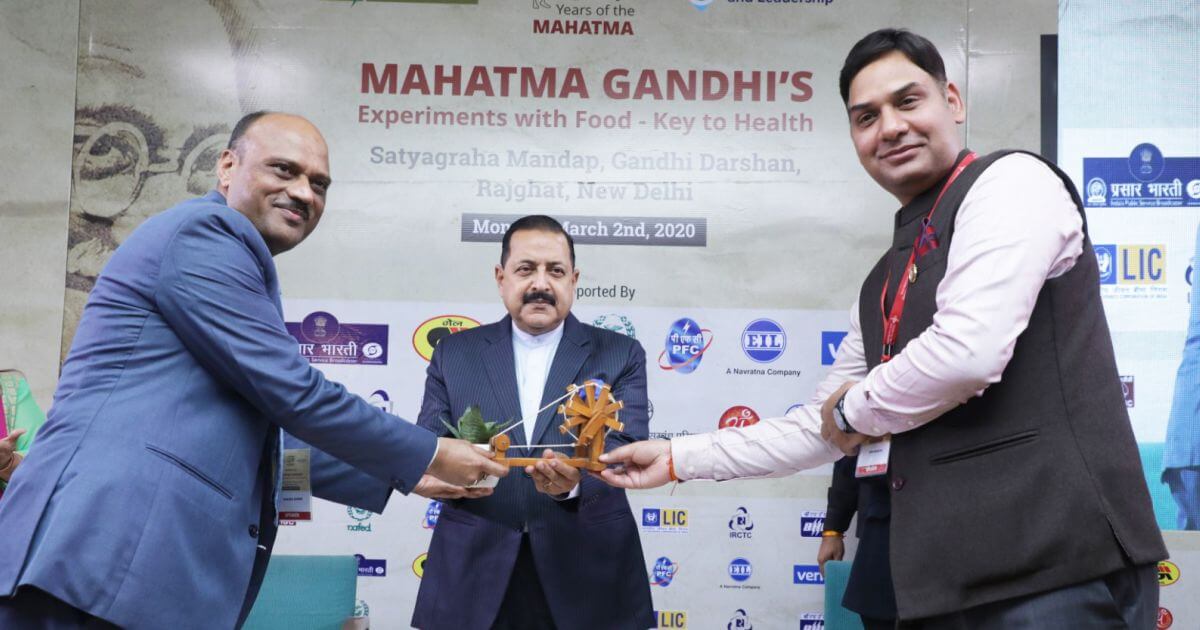 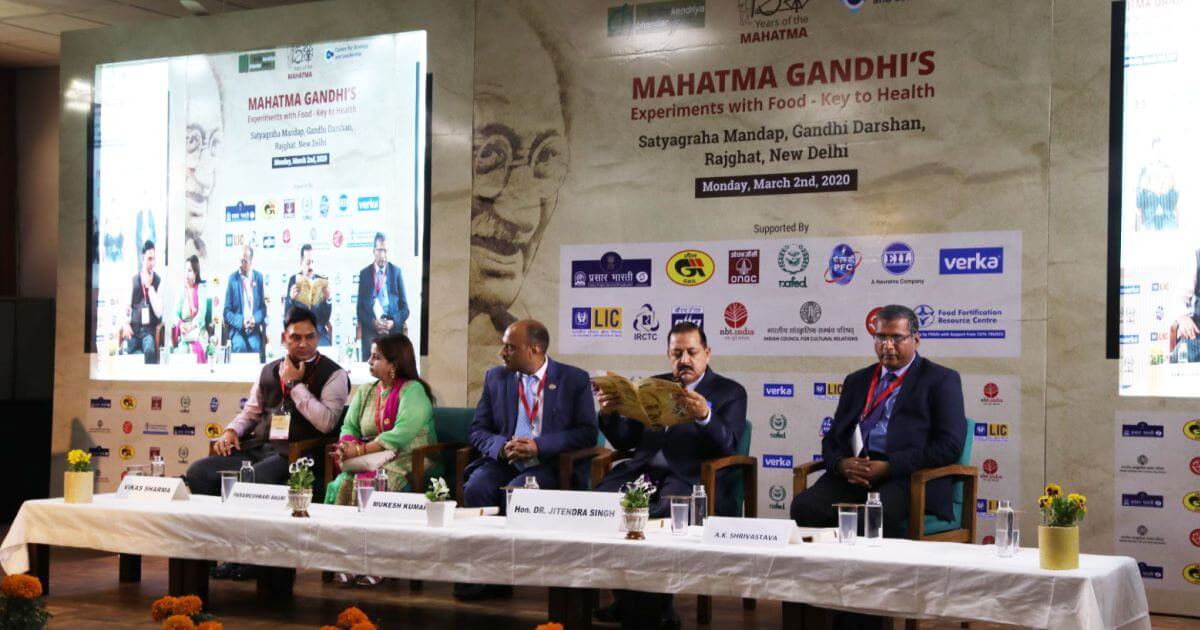 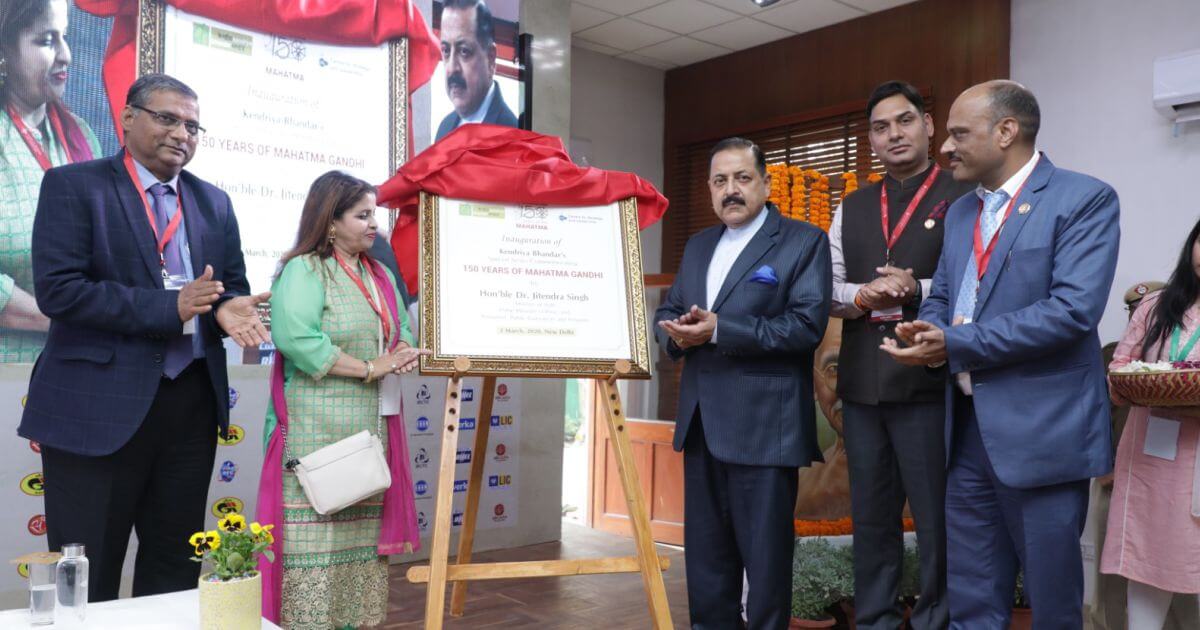 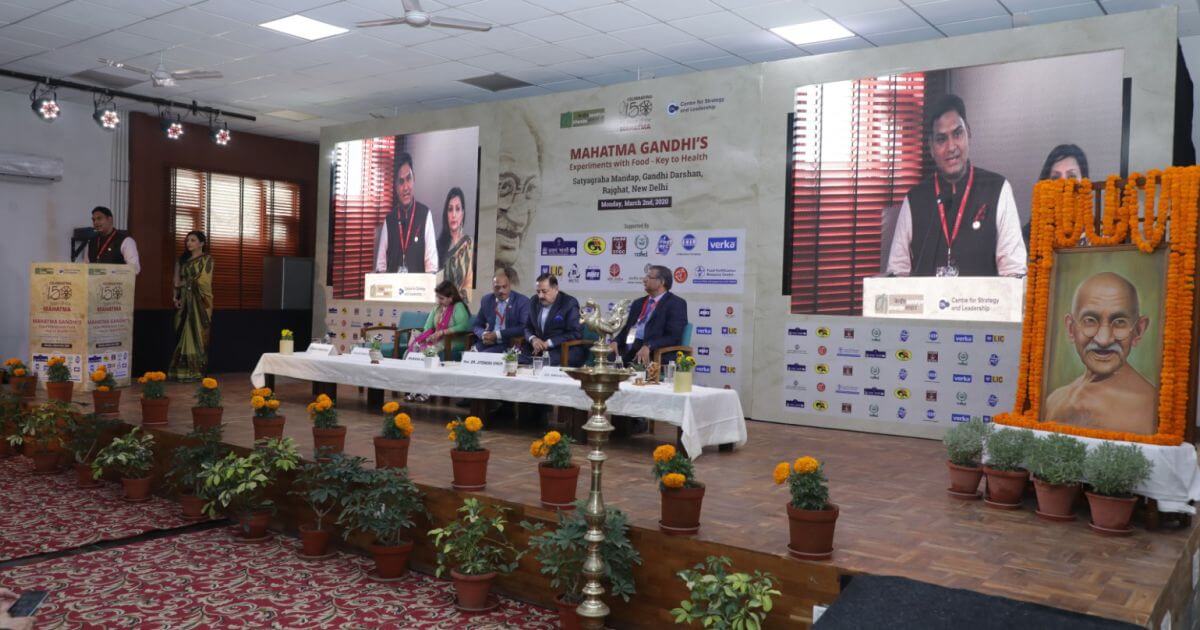 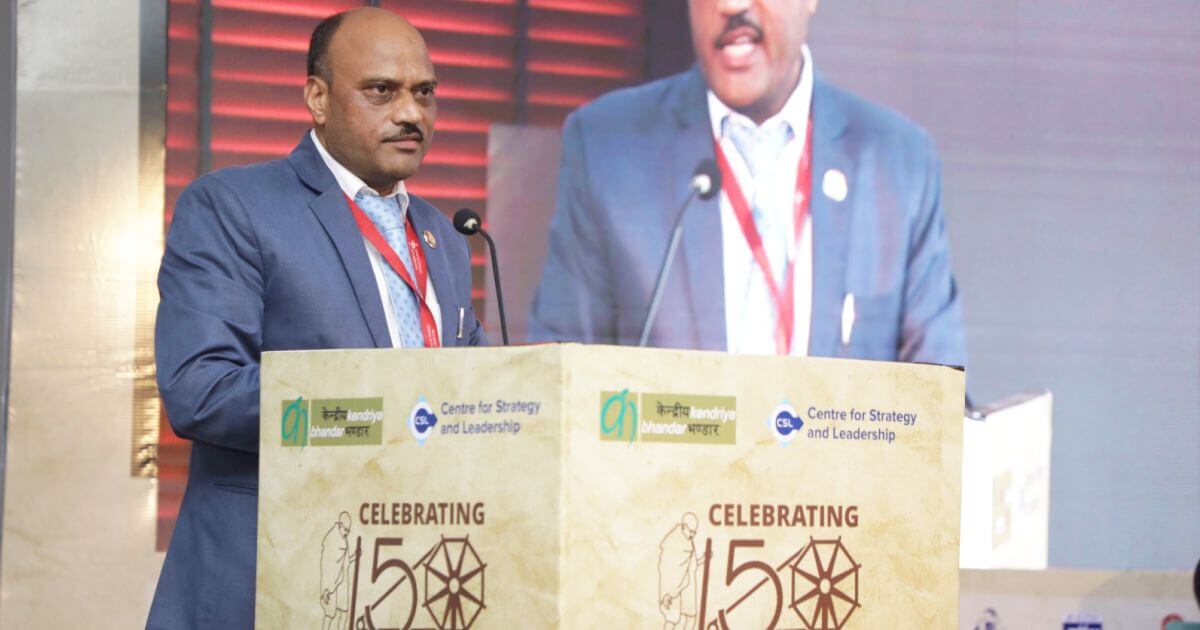 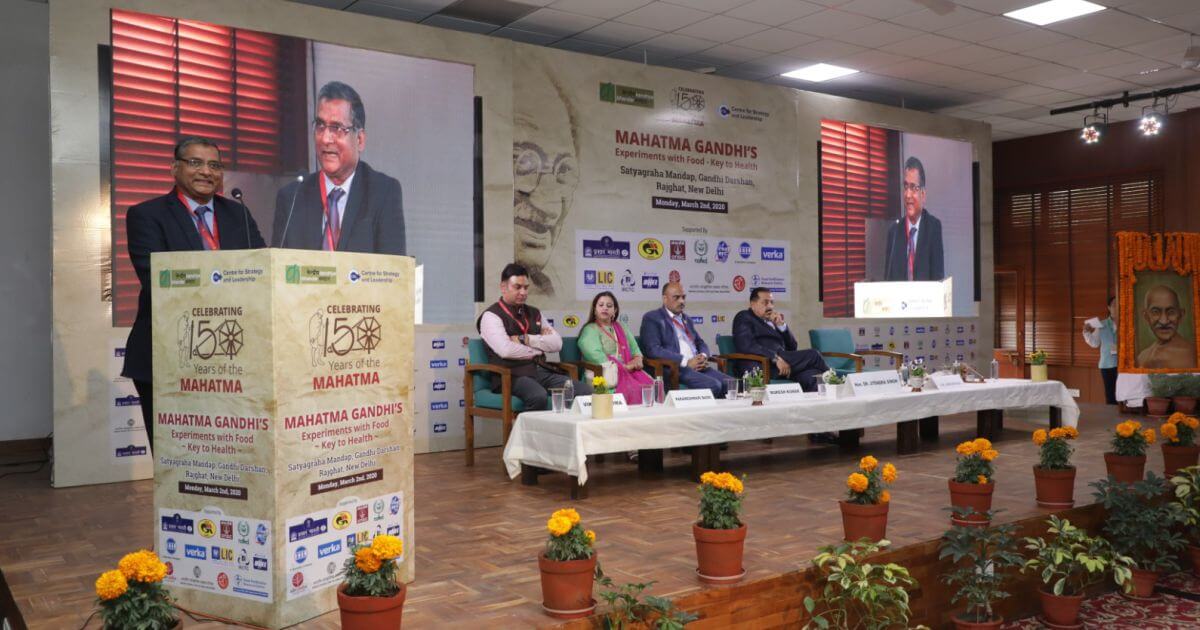 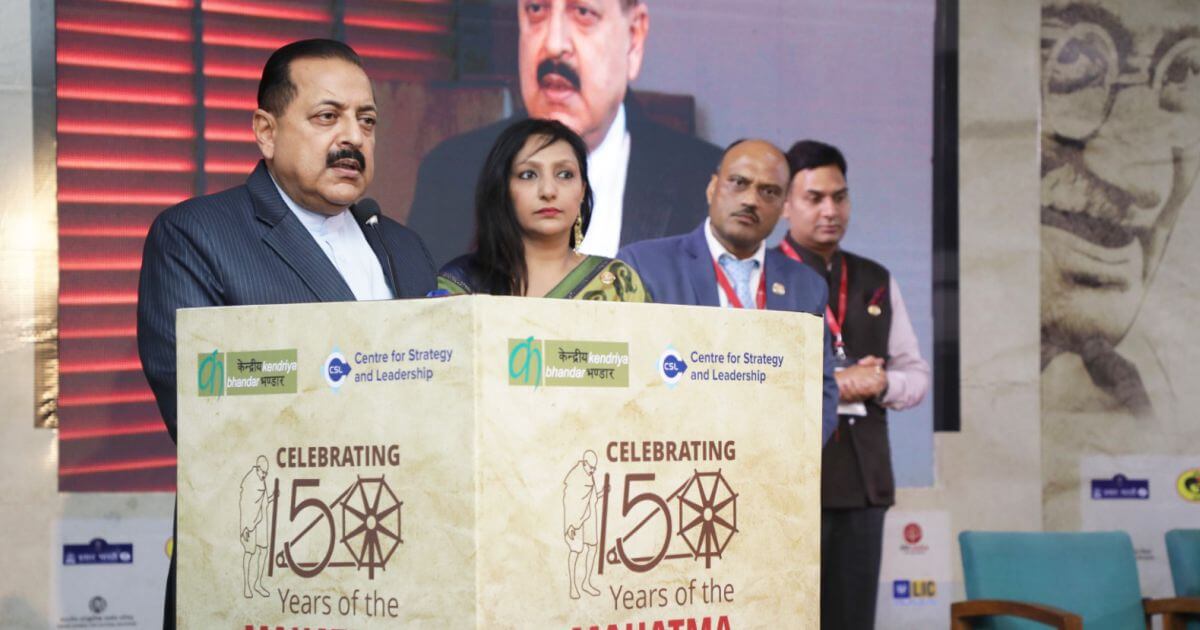 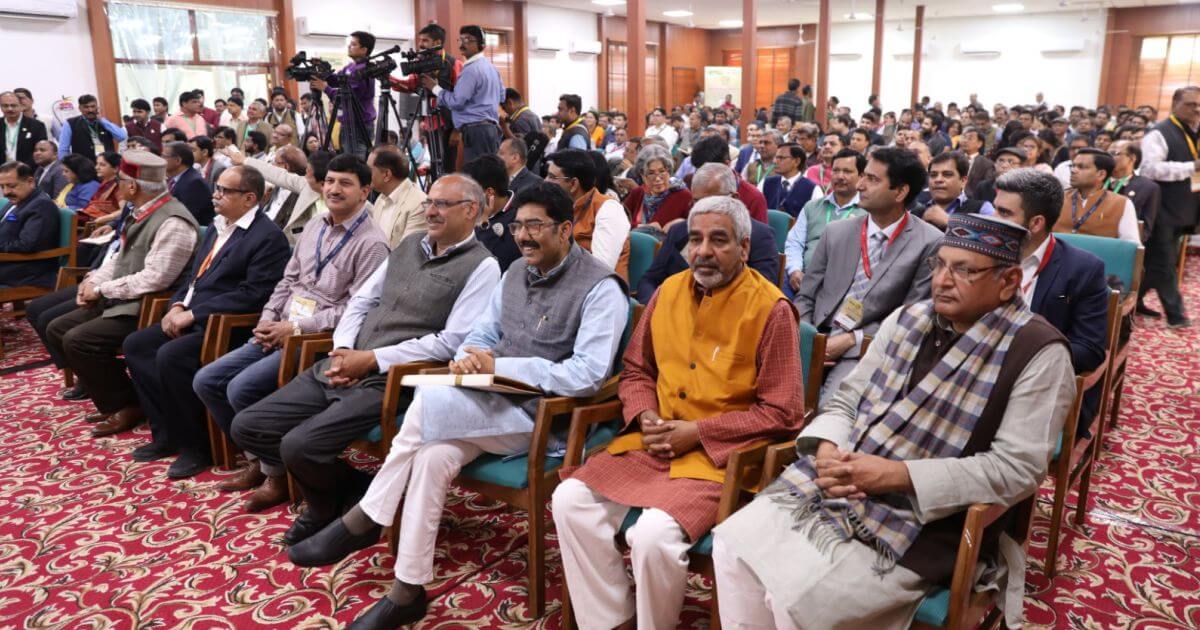 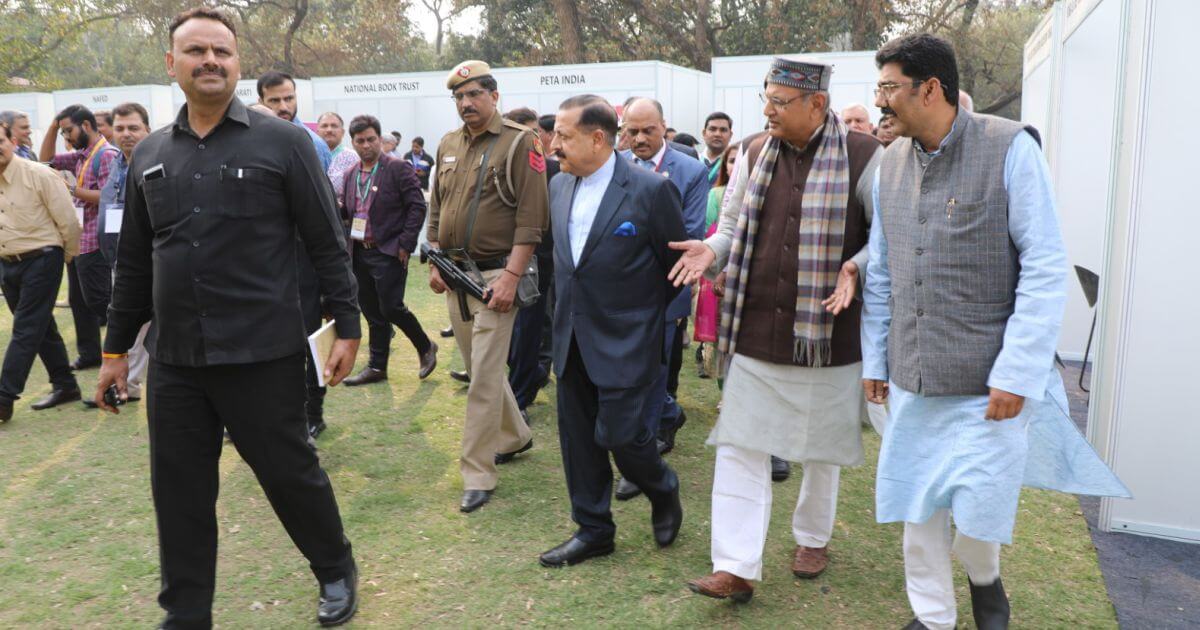 Hon’ble Dr. Jitendra Singh (MoS PMO) visited the special exhibition which was setup as a part of the programme 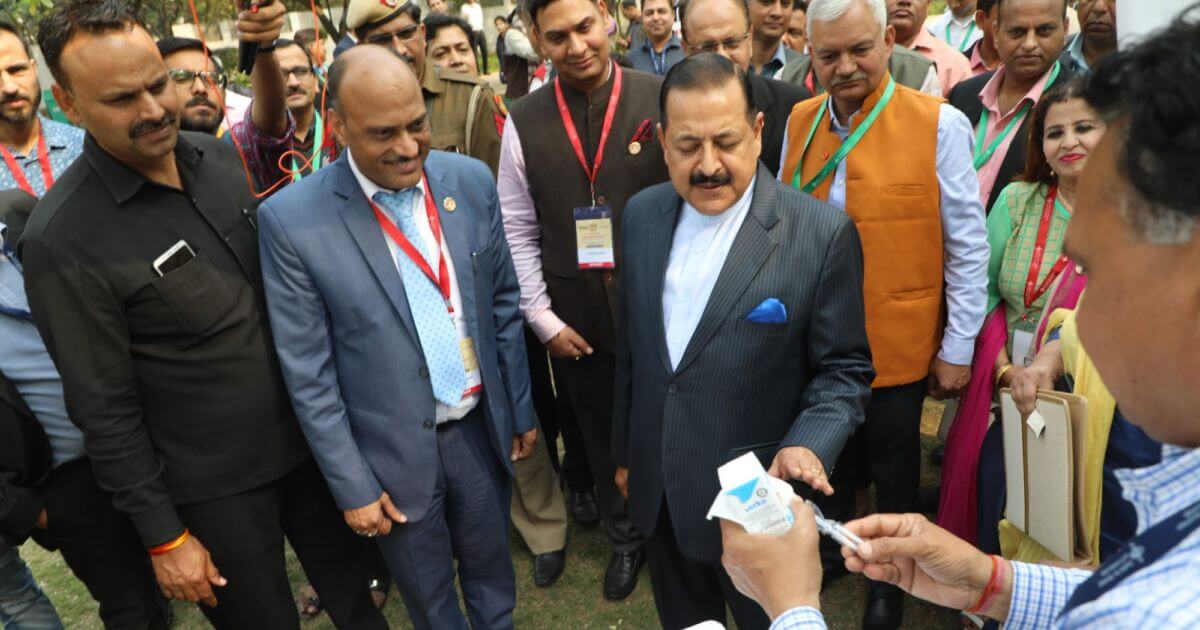 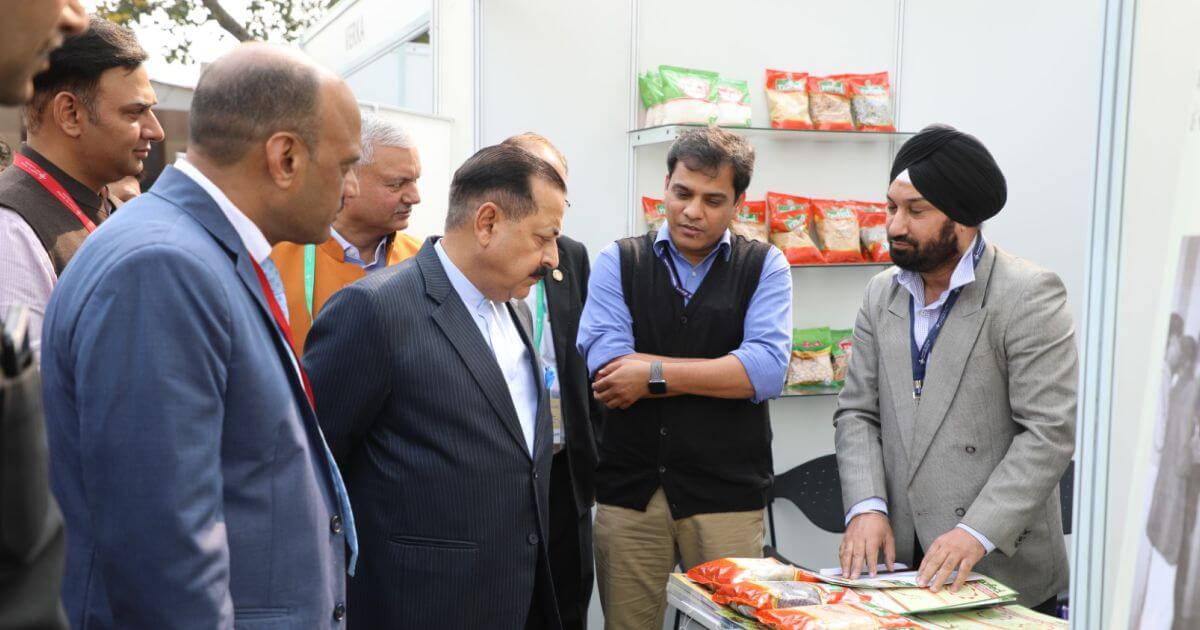 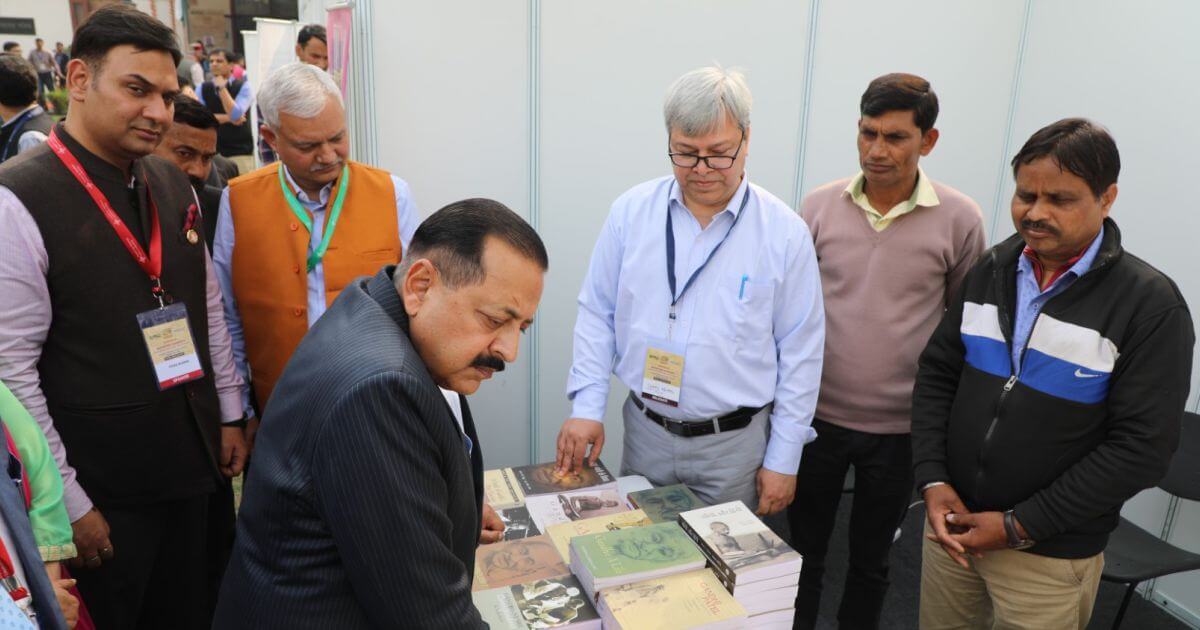 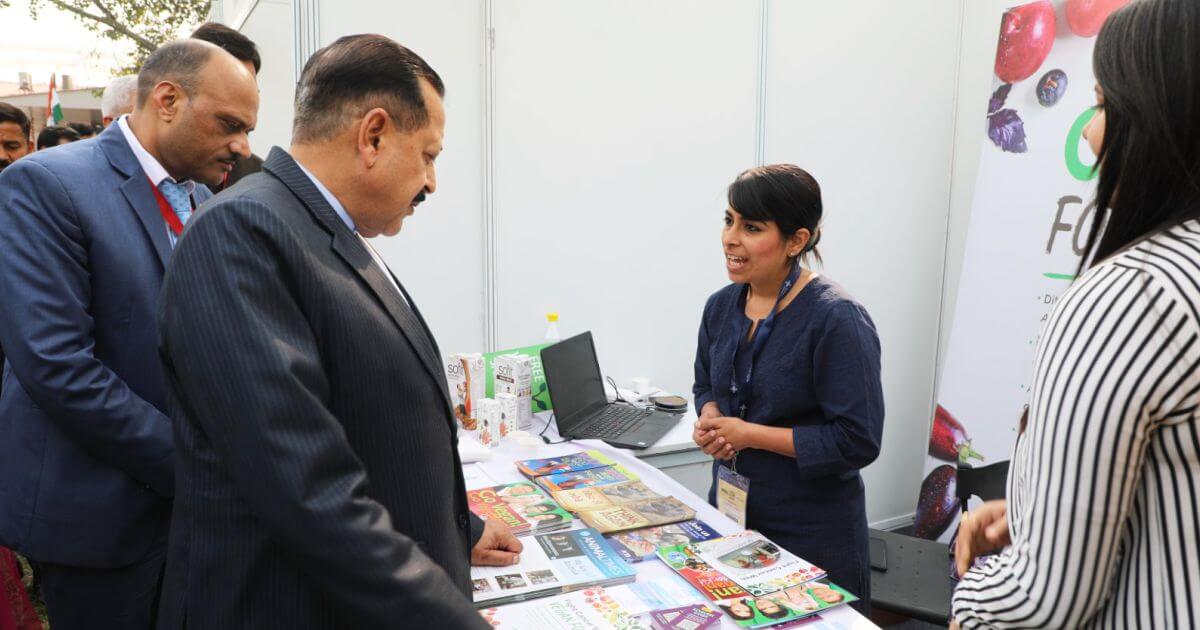 Hon’ble Dr. Jitendra Singh (MoS PMO) checking out the stall of People for the Ethical Treatment of Animals (PeTA) 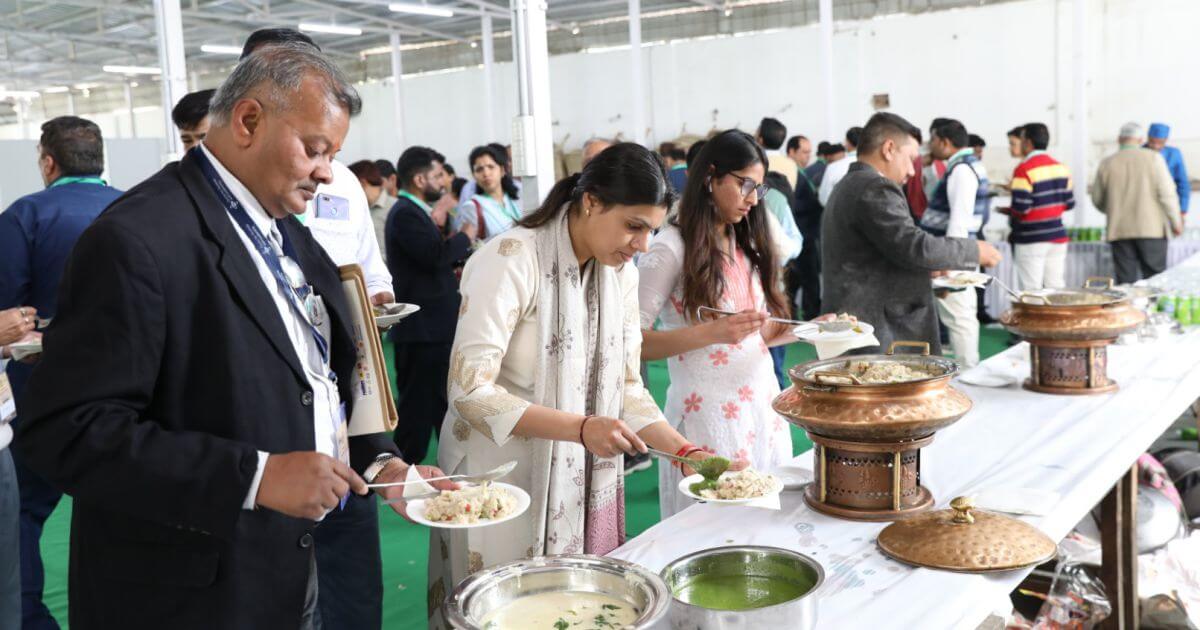 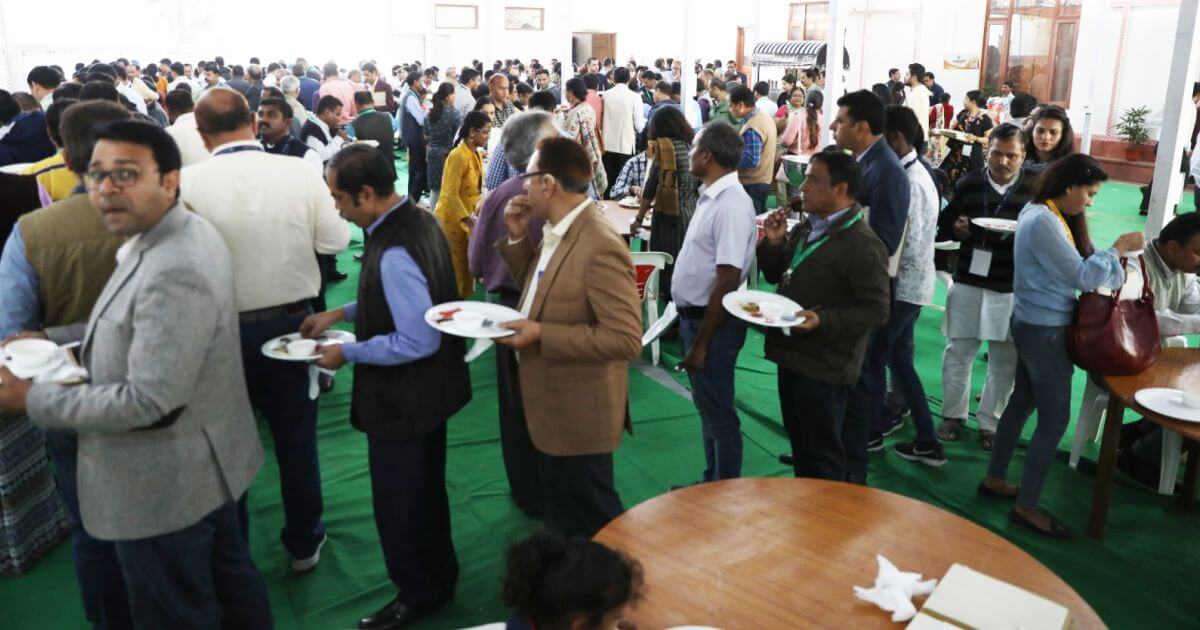 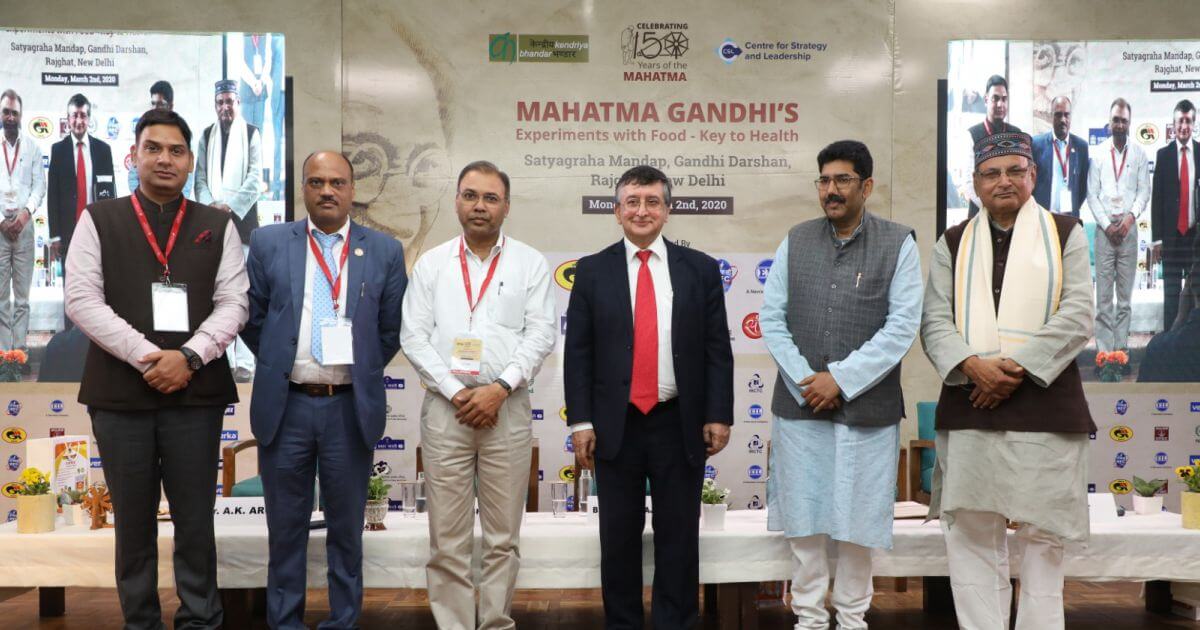 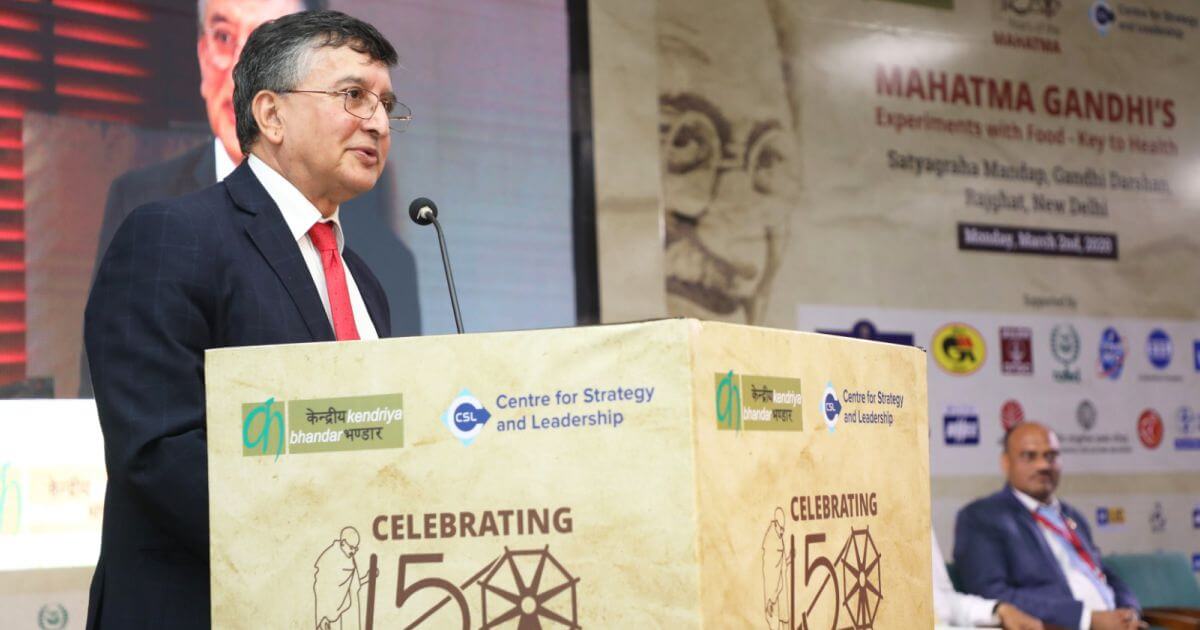 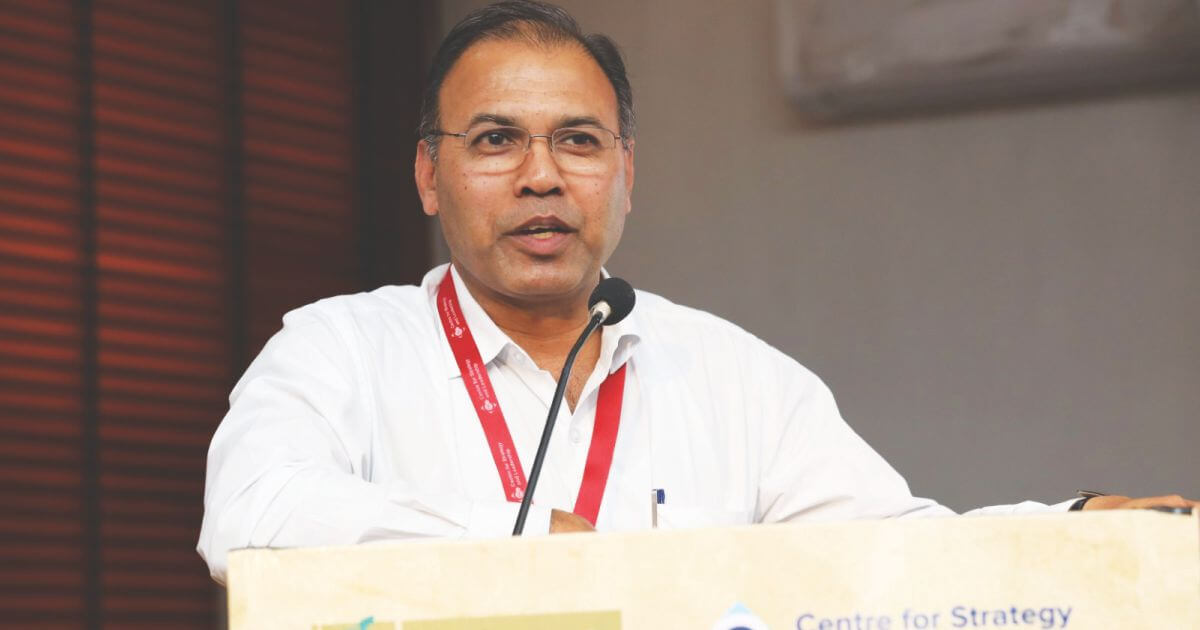 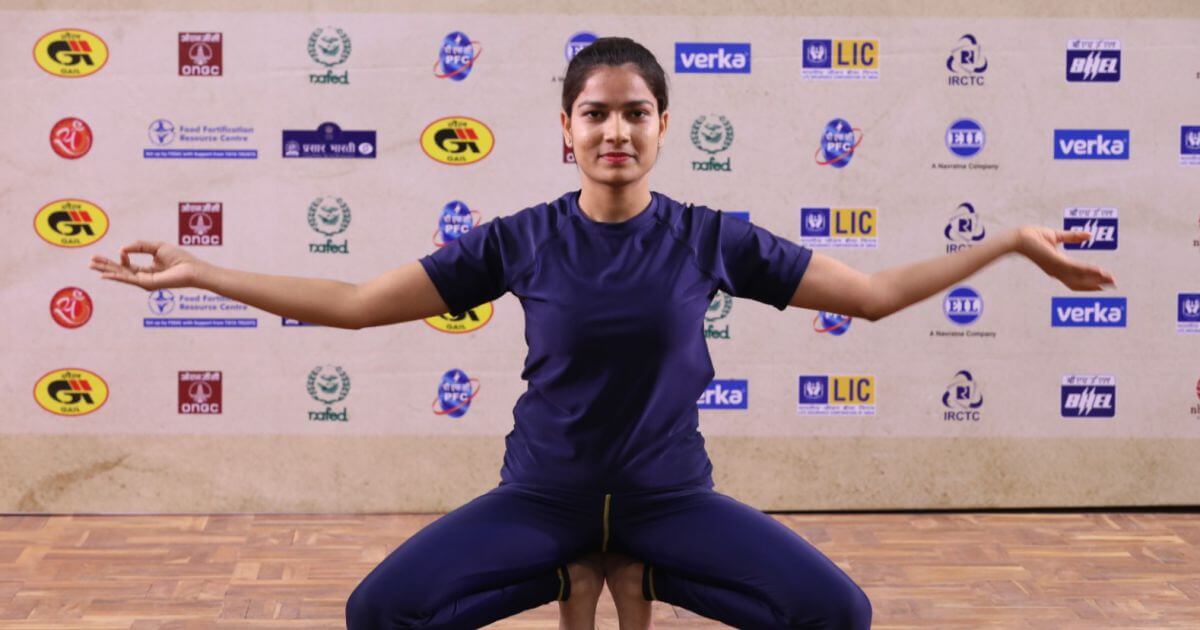 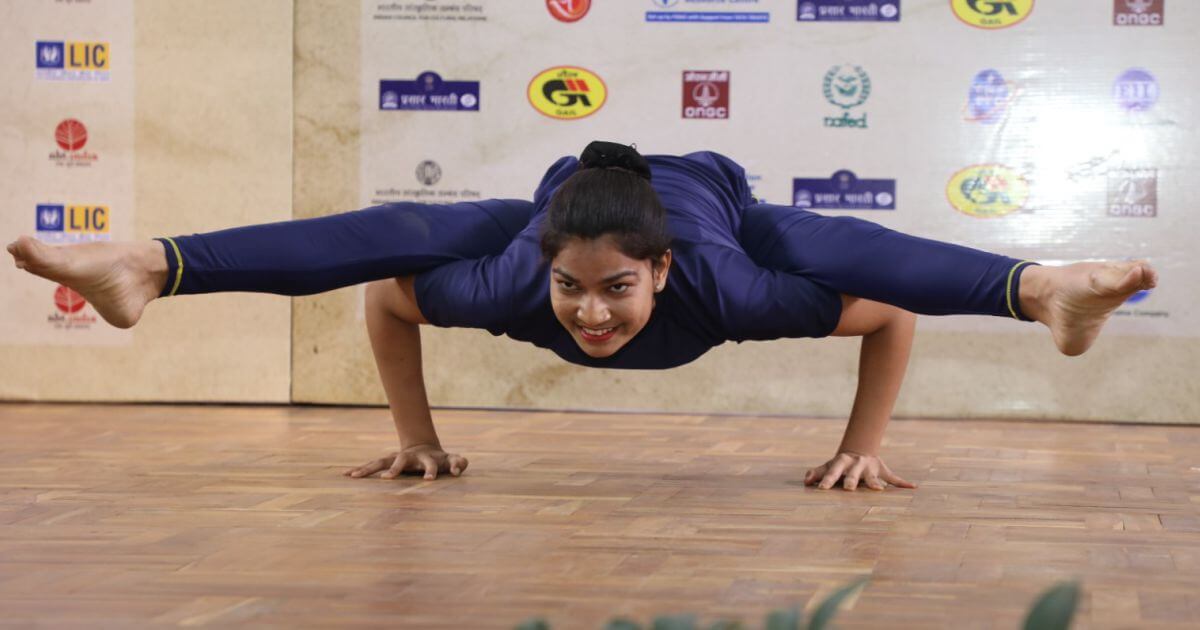 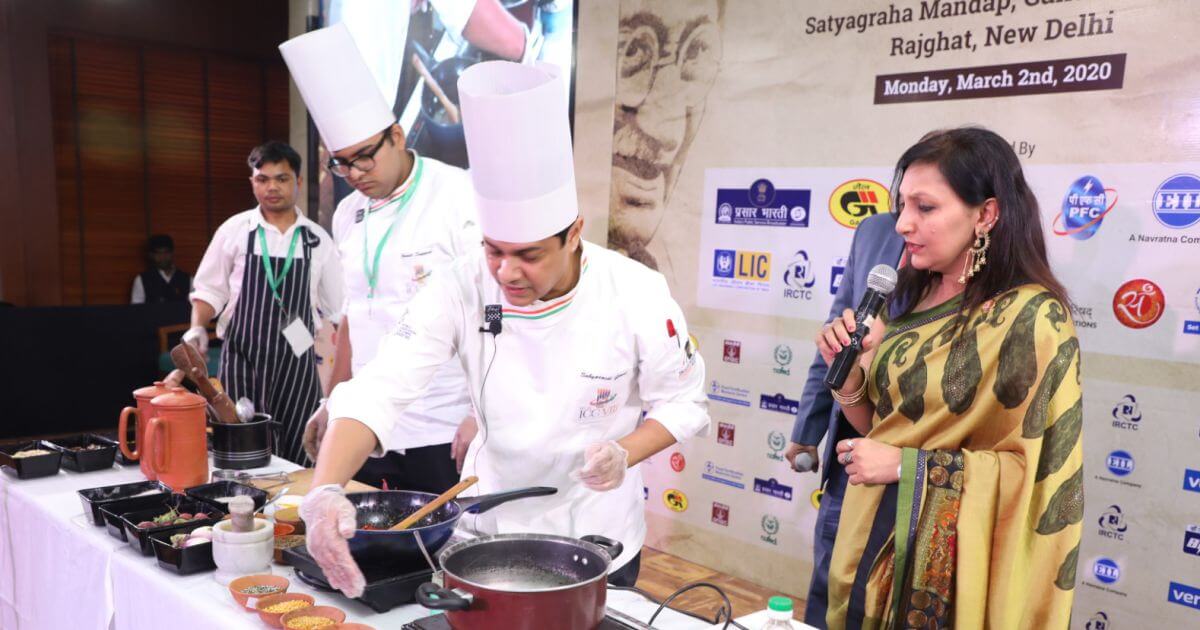 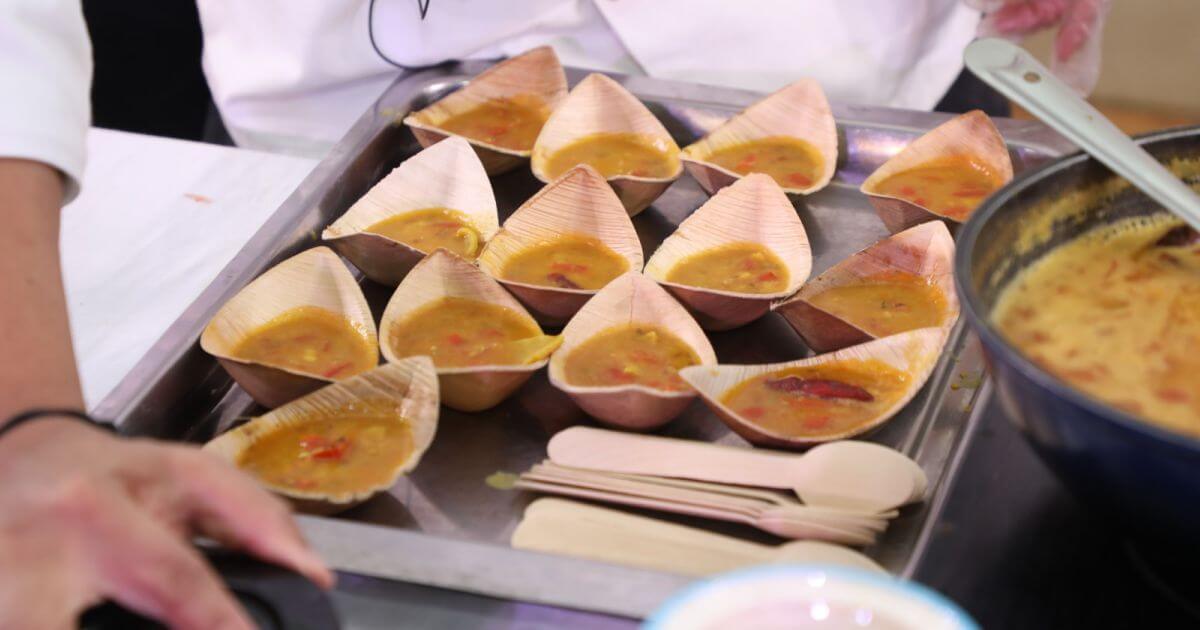 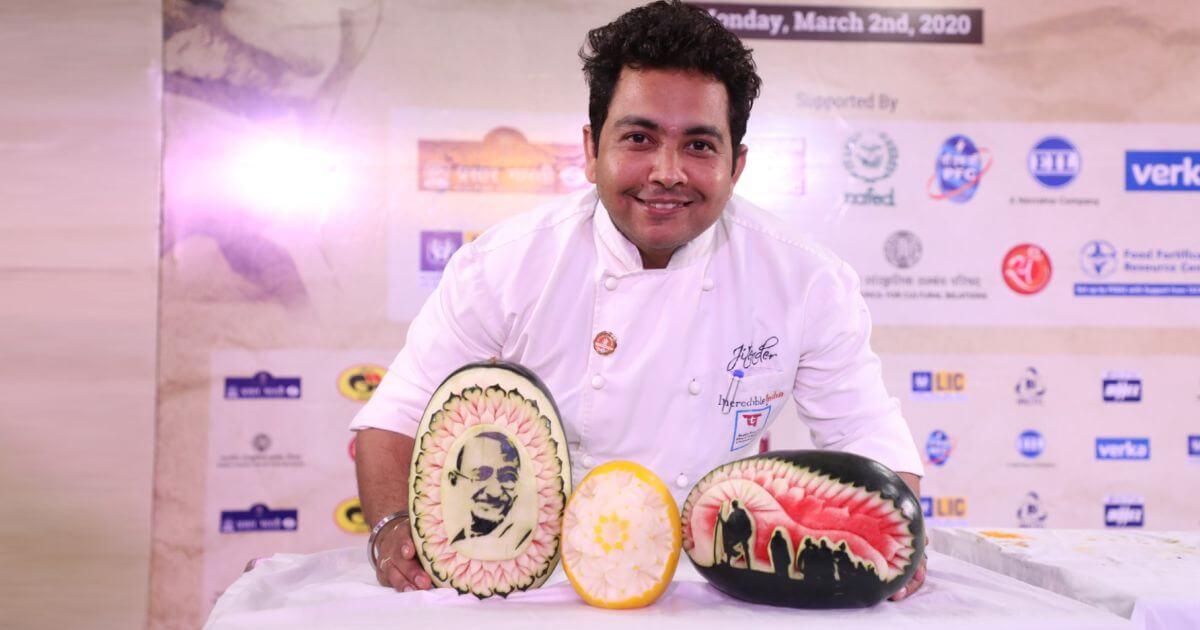 Mahatma Gandhi's Experiments with Food – Key to Health was organized by Kendriya Bhandar and Centre for Strategy and Leadership to commemorate the 150th birth anniversary of Mahatma Gandhi, on March 2, 2020, at Gandhi Darshan, New Delhi. This programme, which was the first of a series of 5 events each focused on a key topic important to Mahatma Gandhi and also to the development of the nation, was a Grand Success.

Union Minister of State for Personnel, Public Grievances and Pensions, and, Prime Minister's Office Dr. Jitendra Singh graced the occasion as the Chief guest to inaugurate the programme as well as launch the series which along with Mahatma Gandhi's dietary experiments will also focus on Swachata, Swadeshi, Sarvodaya, and, Sustainability and Conservation.

Welcoming the Hon'ble Minister, the speakers and the august gathering, Shri Vikas Sharma, Director and Chief Executive, Centre for Strategy and Leadership welcomed the government's initiative for taking a lead in spreading the teachings of Mahatma Gandhi and pledged support for this noble cause. He said, that Bapu's life’s teachings are timeless, and the world today needs to adapt to them as much as possible for better living standards and balanced growth. Talking on the theme of the first event of the series, he said, "Gandhi ji's life is a lesson and one should adopt his teachings in everyday life, particularly the youth of the nation who can make the greatest difference through his ideals.”

Shri A.K. Shrivastva, Executive Director, Gas Authority of India Ltd. (GAIL) said Mahatma Gandhi is synonymous with truth and non-violence, and is not just a name but a symbol of enlightenment which has spread its light across the world. Every moment of his life is an inspiration for all of us, and, his interest in health and nutrition have been the basis of his teachings. Healthy food habits such as preference for jaggery over sugar, control over salt in food, use of green leafy vegetables, and long walks were the key to his health. GAIL is committed to the teachings of Bapu and is at the forefront of creating awareness for the larger benefit of the people of our country and the world, he said.

Kendriya Bhandar's Managing Director Mukesh Kumar said, “It gives me immense pleasure to note and convey that for the first time in 57 years of our existence, Kendriya Bhandar while commemorating 150 years of the Mahatma, is organizing series of events on the teachings of Mahatma Gandhi, the Father of Nation. The teachings of Mahatma Gandhi ji are an ideally complete package for any social or economic unit (humans or organizations) to imbibe. Kendriya Bhandar has the honour and privilege to say that it has been following and practicing these ideals for more than 5 decades in service of the nation.

Dr. Singh also said that Mahatma Gandhi's vision has stood the test of time and millions across the world continue to be inspired by him. He emphasized that the Modi Government has launched a number of welfare schemes that are deeply aligned and inspired by Bapu's vision.

Hon'ble Minister Dr. Jitendra Singh also took time to visit each and every stall at the special exhibition that was setup at the venue as part of the programme and featured healthy food items and books as well as free diet and yoga consultation for all participants.

Lunch featured exciting dishes most of which were inspired by Mahatma Gandhi's dietary preferences. There were special stalls that served various flavours of goat milk and ghee, oatmeal dishes, dalia and other items that Gandhi ji enjoyed.

A special yoga dance "Shiv Tandav Stotram" was performed by Ms. Jyoti, under the guidance of Shri Jitender Kaushik, Director, Blossom Yoga. The excellent performance had the audience mesmerized and received a standing ovation.

A live cooking session by celebrity chef Sabyasachi Gorai, better known as Chef Saby, was one of the highlights of the day. Taking inspiration from the Mahatma Gandhi's dietary preferences, he recreated healthy and exciting beetroot and aloe vera drink, panchmel dal and gur halwa, which was tasted and enjoyed by the august gathering.

As a tribute to the Father of the Nation, Chef Jitender Narain from The Ashok, India Tourism Development Corporation (ITDC), beautifully carved out a sketch of Bapu, and a portrait of his iconic Dandi March on watermelon which thrilled the audience.

Kendriya Bhandar and CSL thanks all our partners for supporting this noble initiative. It was a remarkable example of cooperative action, where various government undertakings and allied organisations, from diverse sectors came together as one to celebrate the teachings of Bapu and bring to life his vision of collaboration and cooperation.